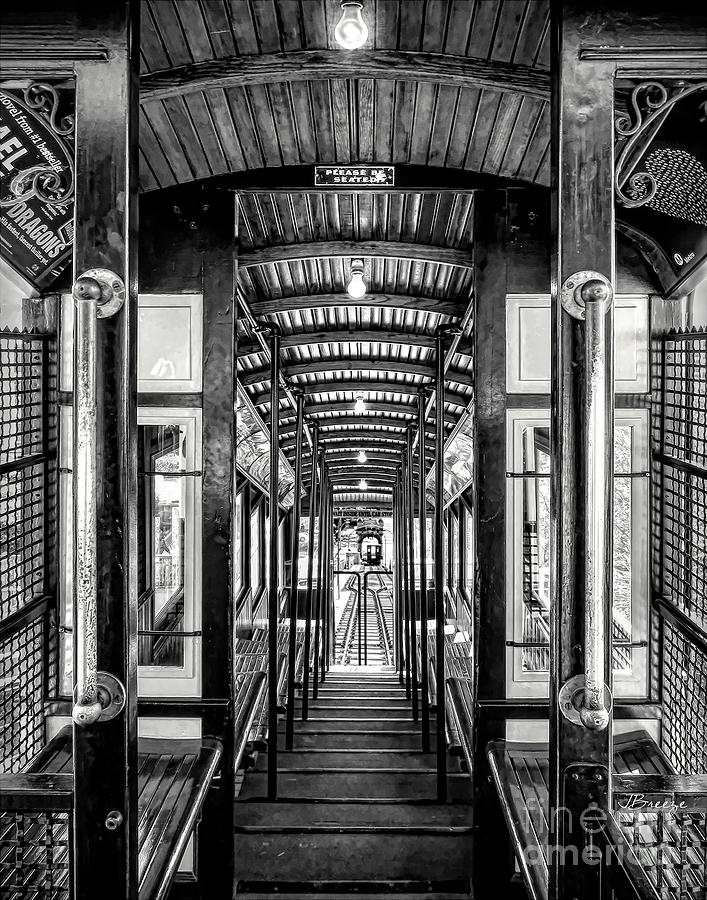 Photograph of the interior of Angel's Flight in Los Angeles. Will be exhibited at the 2018 OC Fair. Angel's Flight is a landmark funicular railway in the Bunker Hill district of Downtown Los Angeles, California. It has two funicular cars: Sinai and Olivet. The funicular has operated on two different sites, using the same cars and iconic station elements. The original Angels Flight location, with tracks connecting Hill Street and Olive Street, operated from 1901 until it was closed in 1969, when its site was cleared for redevelopment. The second Angels Flight location opened nearby to the south in 1996, with tracks connecting Hill Street and California Plaza. It was re-closed in 2001, after a fatal accident, and took nine years to commence operations again, on March 15, 2010. It has been running safely since, except for a closure from June 10, 2011, to July 5, 2011, and another closure after a minor incident on September 5, 2013

Amazing depth here Jennie! I love this, so cool!! l/f

Thank you very much Linda!😁

Congratulations on your sale!

Thanks for the purchase of a 16" x 20" print of my Angel's Flight to a buyer from Simi Valley, CA. Makes me smile!

Congrats on your sale

Congratulations on your feature in the Fine Art America Group "Images That Excite You!"

Thanks John! Appreciate being selected and featured in your IMAGES THAT EXCITE art group.